Catherine plays guitar and writes light-hearted songs. Her lyrics are open and honest
but generally written with a twist of humour thrown in. She is heavily influenced by
her love of bluegrass and American music – althought there are influences from all
around the world.

In live performance she is good fun, easy to understand and always delivers her songs
with a big smile and a wink. She recorded her long awaited debut
album “Exes, Losers and Other Men (song that make my Dad’s eyes roll)” in 2012 and is about to record her second album with the aid of a Pledge music crowdfunding campaign.

Catherine will be joined by Gemma White on the fiddle, Bob Burke on guitar, and Connor Burke on bass. 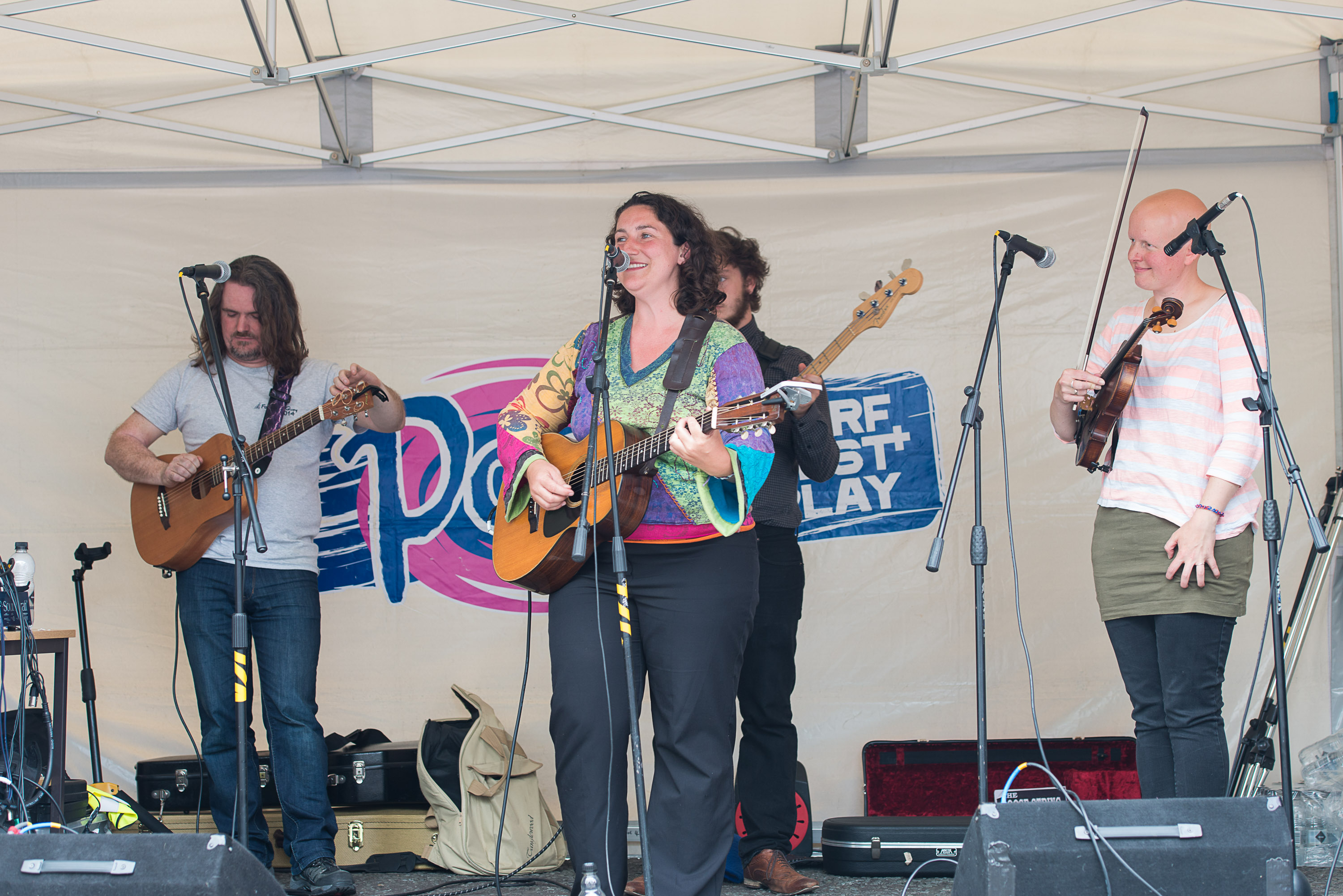