Now firmly established on the European and UK festival circuits Hat Fitz and Cara Robinson return to Australia to perform selections off their eagerly awaited and critically acclaimed CD “ Beauty ‘n the Beast” during a series of showcase performances across the country from October to late December. If this album was a recipe it would read……………………. Take one heaped teaspoon of Seasick Steve, a liberal helping of Catfish Keith, a pinch of Joni Mitchell and a smidgen of the Celt. Finish well with a dusting of Blind Willie McTell and put into a studio at gas mark 5. Bake for one week. What you get is an eclectic pie with so many flavours that perhaps shouldn’t work together but just do!

Both artists have vast experience behind them and have been able to gently influence each other without taking control. The variety of this recording is refreshing and the excitement comes from a sense that this is just the start of what is destined to be a large brood of musical offspring. 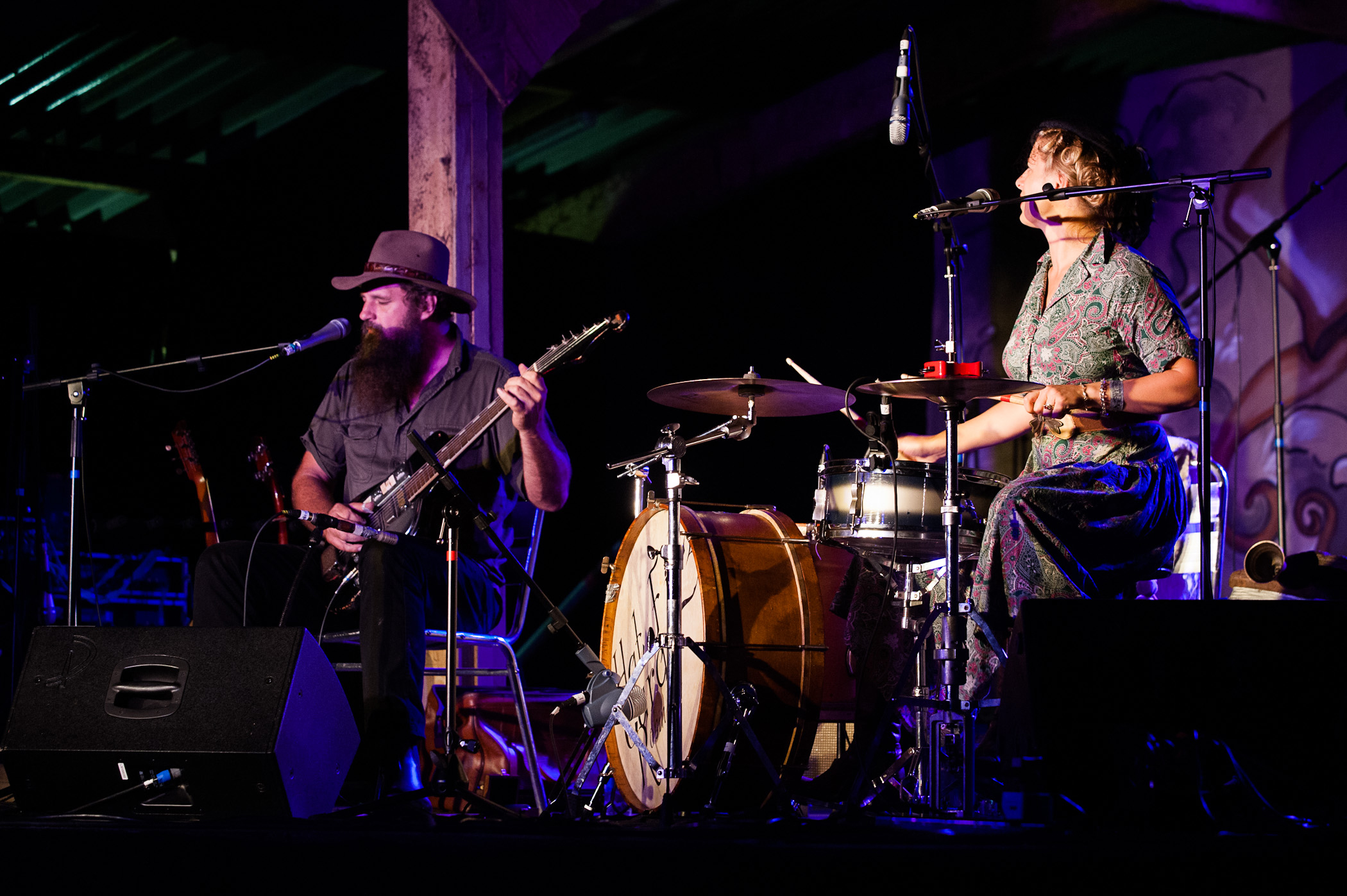