Since reaching the finals of the BBC Young Folk Awards in 2008, Jaywalkers have cemented their place as one of the most exciting, virtuosic and entertaining young bands working on the British Folk scene. Effortlessly creating a unique sound based on their collective and individual musical backgrounds, the band takes influence from Folk, Bluegrass, Country and Western Swing music in the form of virtuosic instrumentals, three part harmony and impressive slap bass. Add good humour, tasteful arrangements and exceptional musicianship to the mix and they are guaranteed to put a smile on your face…. The music Jaywalkers create is in­novative, rooted deeply in tradition, and exhilarating.

2015 will see the release of their highly anticipated new album – “Weave“. Unlike their previous two albums which were done for minimal cost, their third album finds the band working with a much larger budget, courtesy of Help Musicians UK, who offered the band an ‘Emerging Excellence Award’ in March 2014. This meant the band were able to work with the fantastic Andy Bell (and his dog Hudson), who would engineer and produce the album. Considered by many to be the top folk producer working on the British Folk Scene, Andy won a Folk Award for best album with the Full English project last year. The Emerging Excellence Award also enabled them to afford an illustrator to design the album and record most of it at Wavelength Studios in Doncaster (used by the likes of Martin Simpson and Jon Boden).

Most of their set consists of original songs inspired by stories and poetry from Mike’s home county of Lancashire. The history of the area starts around the time of the Industrial Revolution when the cotton industry arrived, so there are strong themes running through the set about the trials of life in industrial Lancashire. But, its not all doom and gloom! The band litters their set with blistering, foot-stomping, up-tempo instrumentals and more cheerful traditional songs to entertain the soul and cheer the heart.

With the release of their new album and over 40 UK and Ireland tour dates in February to April, a variety of summer festival gigs, and a winter tour in the planning, 2015 may well be the band’s best year yet.

These guys are just brilliant – they’ve gone down an absolute storm both times that we’ve booked them for Purbeck. You’ll absolutely love them! 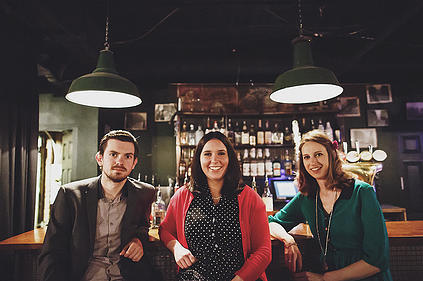