Rumbustious balkan inspired folk! Original folk music that embraces influences from across the world. Entirely acoustic, from the humble washboard and the throb of the double bass via the wheezing of the harmonium and the shriek of the clarinet. With a chorus of voices telling tales of steam, abandoned ferry terminals, soviet farming machinery and 1930s drag queens. A ramshackle troupe of musicians, unafraid to fraternise with the audience.

We’re a six pc outfit with mandolin, clarinet, trumpet, double bass, guitar and drums. Sometimes there’s a harmonium, often a ukelele and certainly an accordion, and harmonies – but the key element of our act is getting into the audience and interacting with them. The vast majority of our set is original material with a smattering of eastern european standards, a bit of trad folk noir and a dash of balkan infused folk. yes, it is as chaotic as it sounds! 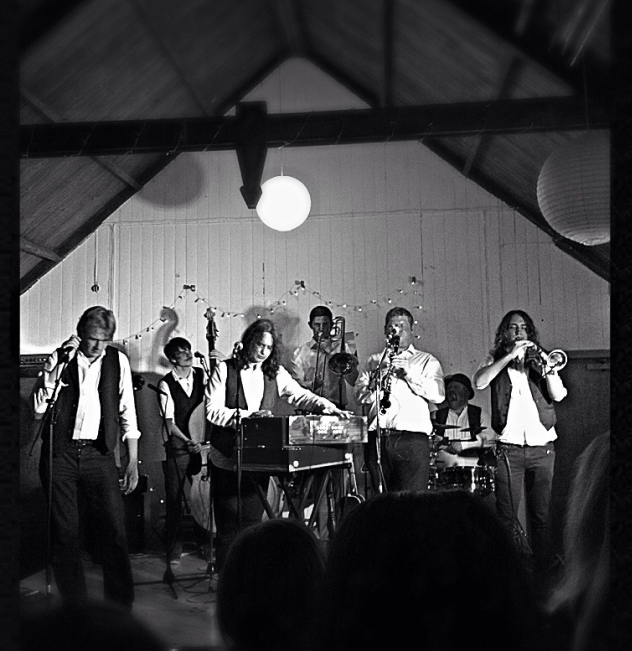