The Roving Crows have been carving out their niche in the UK folk music scene since early 2009. Their powerful live performance and unique sound has seen them receive several awards and achieve national airplay on BBC Radio 2.

They have achieved a ‘ones to watch’ status in the UK folk scene performing alongside artists such as Kate Rusby, Steeleye Span, Levellers and Bellowhead.  They have entertained crowds at many festivals including Cambridge Folk Festival, Trowbridge Village Pump Festival, Lakefest, Ireby, Nibley and Treefest.  They are one of the most hard-working bands on the scene.  Venues performed at include, Gloucester Guildhall; Diss Corn Hall; Chapel Arts Centre, Bath; the Met, Bury; Gregson Hall, Lancaster, Ropetackle Arts Centre, Shoreham.

The Crows have released 3 albums and 2 EPs with the latter 2 being produced by Nick Brine (Ash; Oasis; Bruce Springsteen; Seasick Steve) at Rockfield Studios.

In 2011 they won 2 Irish Music Awards; ‘Top Celtic Rock Band’ and ‘Top Fiddle Player’, accredited to them by the ‘Irish Music Association’ in America. In 2012 they won ‘Best Folk Act’ at the ‘Exposure Music Awards’, receiving the award at a ceremony in London.

During 2012 they achieved national airplay on BBC Radio 2, Mike Harding’s Folk Show and the Paul O’Grady Show.  Their music has also been played on many local BBC stations including Shropshire/Hereford & Worcester/Gloucestershire/Wales as well as Netherland based station Radio Hoogeveen and online stations Bishops FM, Celtic Music Radio and Celtic-Rock.de amongst many more.

They were so good last time we just had to have them back!

Paul Burke, Folk on the Quay 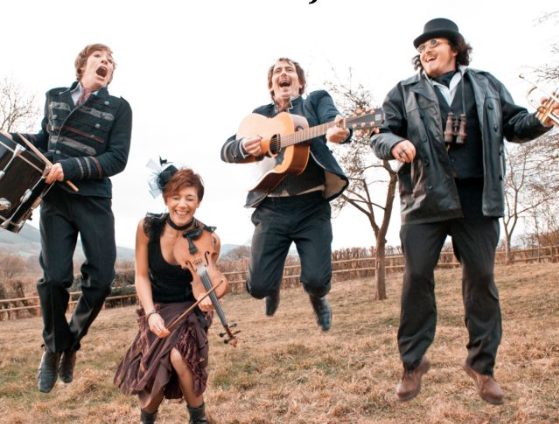