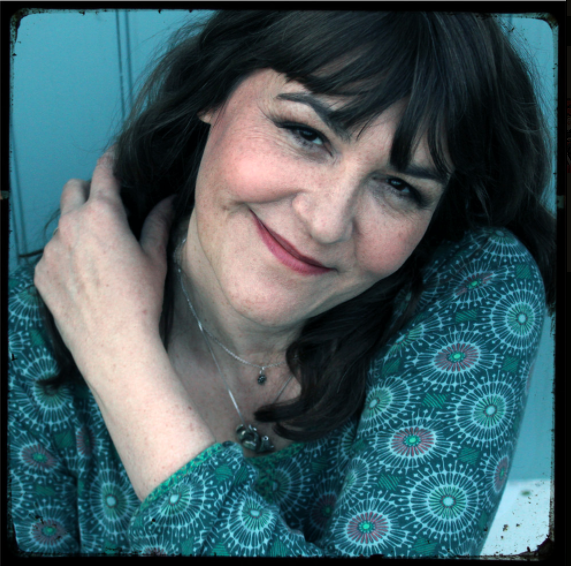 Inheriting the legacy of one of British folk’s most revered families, it took a long time for Marry to step centre stage. Although she had made her recording debut on her mother Lal and aunt Norma Waterson’s A True Hearted Girl back in 1977 and later under the name The Waterdaughters formed an occasional singing partnership with them and cousin Eliza Carthy, appearing on numerous Watersons and Waterson/ Carthy recordings to boot – it wasn’t until two crucial shows in 2007 that the idea of making music herself really took hold.

Delphis performed traditional brilliantly to win the Purbeck Rising Award in 2016 at Purbeck Valley Folk Festival. Their repertoire comprises lovely arrangements of original and traditional song. Establishing themselves as a folk force on the South Coast, Delphis have now managed to secure professional bookings at Wimborne, Poole and Purbeck Valley Festivals. 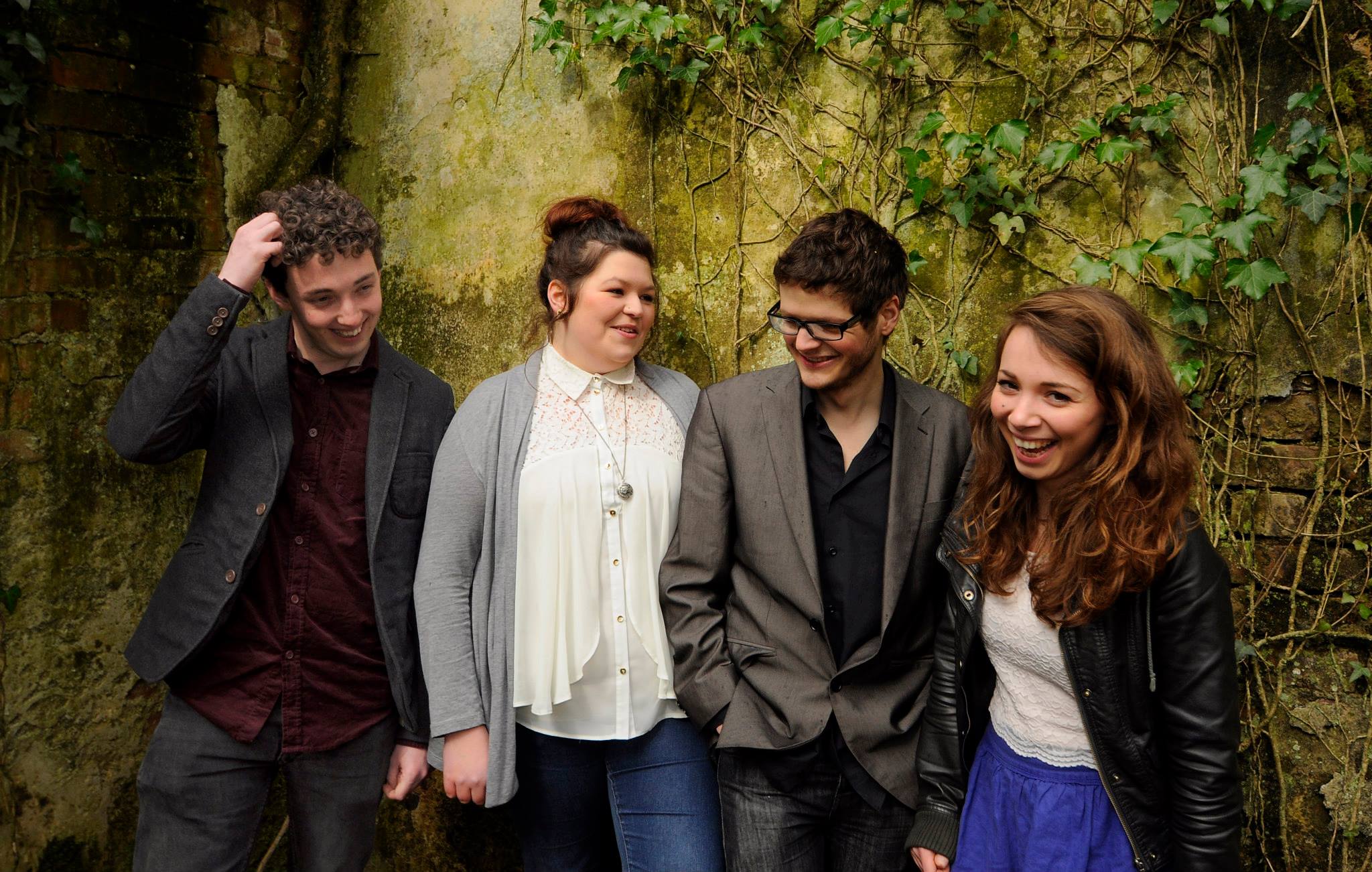 Dyer:Cumming’s are an exciting Ceilidh and Concert band based in the southwest of England who have now been together for around 9 years. They play traditional English folk music with their own funky and youthful twist which is achieved by the unique mix of instruments merged with fun and energetic arrangements. They have been called a new uprising of Folk Fusion.

In 2009 they came 2nd in the Glastonbury Festival Battle of the Bands at the Colston Hall and were also finalists in the national competition ‘New Roots’. Dyer:Cumming’s have now recorded two CD’s. The first CD was released in 2007 and there latest (an EP) was released in the Summer 2010. 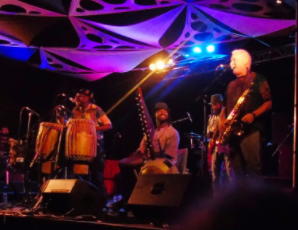 Baraka is a unique combination of musicians from Ghana, Senegal, Dominica, Trinidad and Southern Ireland. Each musician contributes his individual sound and style – Reggae featuring a Kora and Djembe, Township with a Calypso bassline, Hilife with Blues Harmonica, Soca with Balafon and Flute. Baraka features musical collaborations that you are unlikely to hear with any other band. This is not just one person’s music translated by backing musicians, as so many “world” music bands seem to be. Baraka is edgy, experimental and innovative without losing sight of the fact that entertainment is the key. 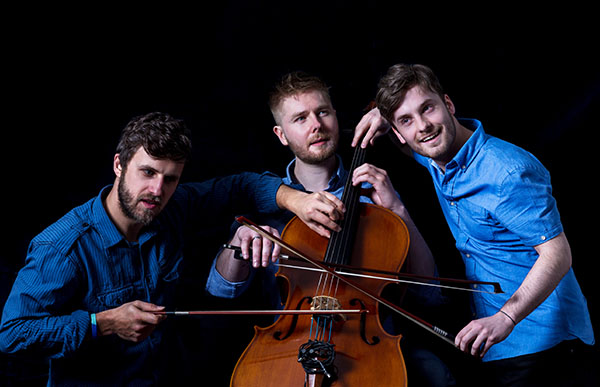 Kadia are an acoustic trio from Bournemouth in Dorset performing a mix of traditional and contemporary folk songs, strongly rooted in the British folk tradition. They combine cello, fingerstyle guitar, 8-string ukulele and mandolin with three part harmony to create rich and uplifting music, interspersed with history and storytelling. 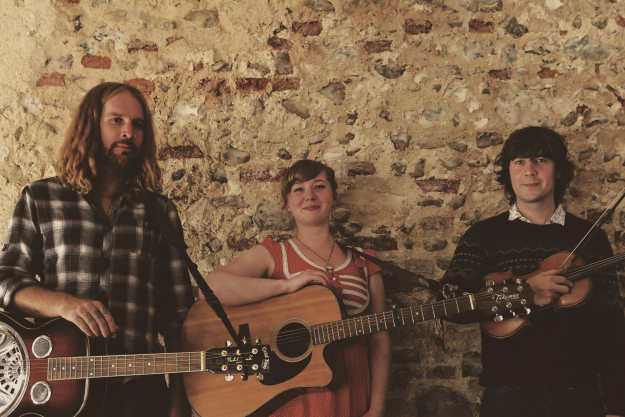 Norwich based folk / Americana trio Alden, Patterson and Dashwood weave rich vocal harmonies, fiddle, dobro, guitar and mandolin around beautifully written original songs and melodies. The independently-released debut album ‘Call Me Home’ was written and produced at home in Norwich and is lovingly presented in attractive handmade covers, designed and hand-printed by the band. Their music takes influence from folk traditions from both sides of the Atlantic with uplifting instrumentals and self-penned songs depicting tales of young travellers, sleepy seas and their affection for home. They release their much-anticipated debut album ‘Call Me Home’ on 7th November 2016 with an accompanying UK tour. 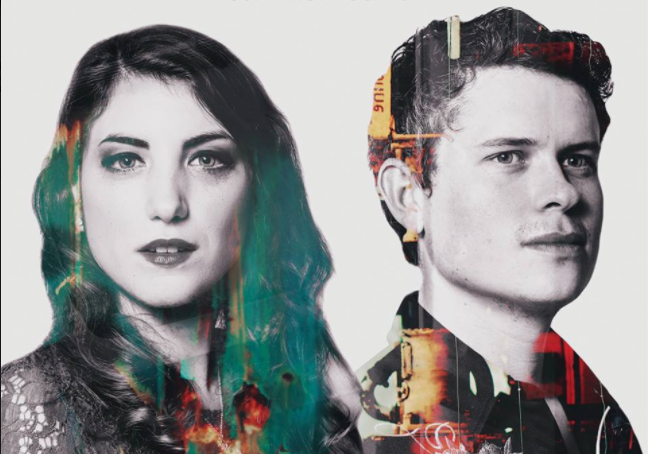 In 2016, the duo marked a decade of performing together with their first live album, released ten years to the day since their first EP launch. Limited to one thousand hand-numbered copies and recorded on the duo’s 2016 spring tour, In Our History – LIVE is available exclusively at shows and from gilmoreroberts.co.uk/shop.

Alex is a charismatic performer and exceptional songwriter. Frontperson of defunct local legends FEARNE, Alex has launched a solo career. Currently Alex is one half of Roots Duo ‘Hummingbird & the Crow’, and singer with Motown function band ‘Gentlemen Groove’ – also sometimes Ukulele correspondent and solo Restaurant performer. He has a distinguished history and, in 2011, he was feted as Dorset Music Award Grand Prize Winner. 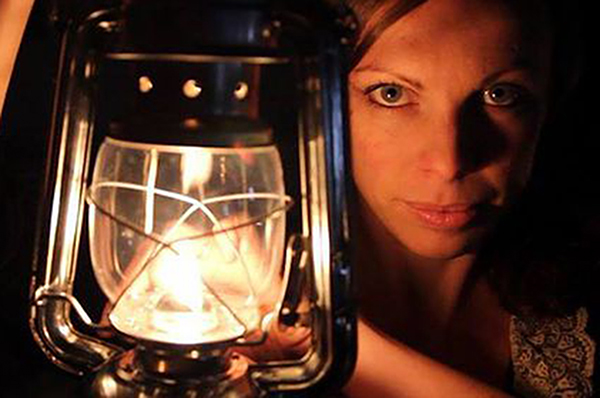 A while ago now, FolkWords described the output from Heg & the Wolf Chorus as ‘surreal spectrum of fascination-filled sound’ … listening to the long-awaited debut album ‘Raising The Fires’, there’s no impetus to alter that view. Their propensity for expansive, mysterious narrative, amplified in this instance by constructing a concept album, remains as strong as ever. With an allegorical, pagan feel ‘Raising The Fires’ is a tale of world-ending cataclysm engendered by a white witch cursing those that burn her to death. Threatening and ominous, the narratives explore calamity and upheaval before morphing like the witch’s spirit, into the resurgence of myth, arrival of magical creatures and their reclamation of the land they once inhabited.

The haunting piano, singularly distinctive vocals, harmony-rich delivery and deeply emotive music combine to create a window into realms replete with shadows. The fear and darkness through ‘Hide! The Storm is Coming’, a sense of apocalypse revealed in ‘Praise the Storm’, thirst for revenge ‘The White Witch’ to sensations of shared beliefs with ‘Giant’ and ‘Fairy Hill’ into the recognition of ‘Dance of the Starlings’. Closing with convictions that allow the lucky few to ‘see’ the places uncanny creatures remain, ‘When it all Ends’ reveals the otherworld and touches its fragile dream.
‘Raising The Fires’ from Heg and The Wolf Chorus fulfils the promise of the preceding flurry of EPs and opens a door to imagined places and delivers ‘theatre for you ears’. 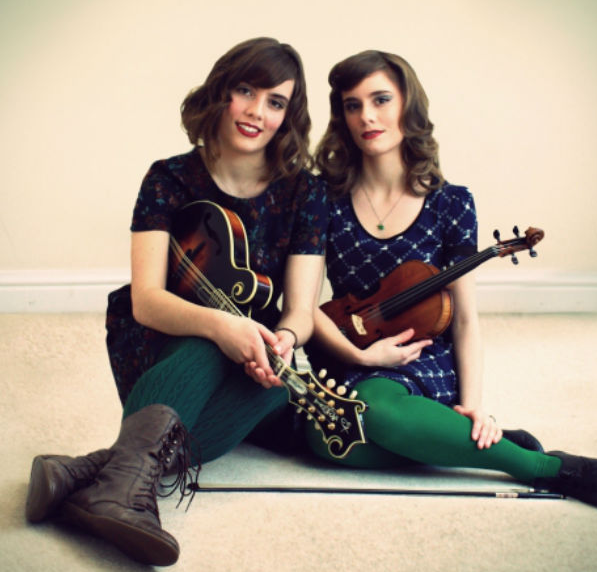 The Carrivick Sisters are one of the UK’s top young bluegrass and folk acts. Twins Laura and Charlotte perform their original songs and instrumentals along with a few carefully chosen covers on guitar, mandolin, fiddle, dobro, and clawhammer banjo. Their busy touring schedule is rapidly building them a reputation for engaging and entertaining live performances with tight sibling vocal harmonies and multi-instrumental virtuosity. Having grown up in South Devon, an area rich in folk lore and legends, much of their original material is inspired by their local surroundings and history. As well as touring all over the UK, the Carrivick Sisters have performed at major festivals in Canada and mainland Europe. The Carrivick Sisters were finalists in the prestigious BBC Radio 2 Young Folk Awards 2010 and were named Band/Duo of the Year in the 2011 FATEA Awards. Most recently Charlotte won first place in both Old-time banjo and fiddle at a major festival in Gainsborough. 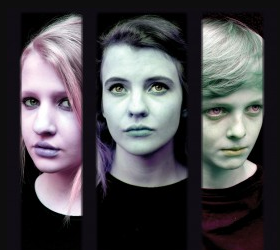 Aimee performs with her younger brother and sister. They have performed many festivals and venues across the South including Purbeck Valley.

“Songwriting and musicianship of the highest calibre and harmonising together as only siblings can. Just about the best young English acoustic band I’ve heard” – Steve Knightley (Show of Hands)

“EMMAY an impossibly young-looking folk trio of siblings, took to the stage to deliver, an enchanting set full of nagging hooks and charming harmonies, all impressing, making a mockery of their tender years.” – Wychwood Festival 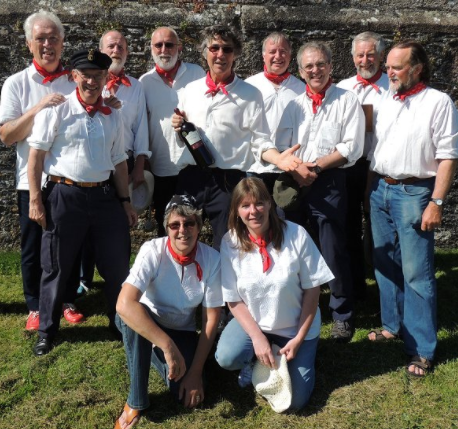 The Wareham Whalers have been rocking the boat with our powerful shanties since 2004. Over that time we have seen many changes, but our Commodore, Dave Wheatley remains at the helm of this 11-person crew. We sing Shanties as they would have been sung for work on board ship and for the rare moments of recovery down below. We aim to capture the strength of this music and ensure that there is never a dull moment when the Whalers are about!